About Us: Panama: A Legendary Hat 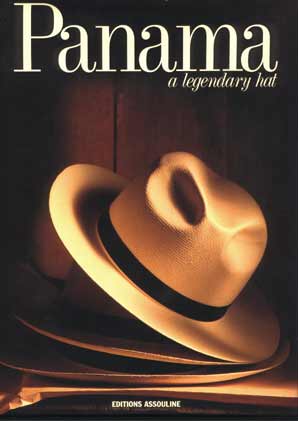 I was tired. I had journeyed nearly 7,000 miles, from Honolulu to a tiny town in Ecuador, for the privilege of viewing a genuine Montecristi fino. As I weighed it in my hands, held it to the light to study the impossibly fine weave, felt its suppleness between my fingers, and listened to an old weaver lament the impending extinction of this centuries-old art—I knew my life had found its mission.

I was tortured by the likelihood that in a generation, or less, the art of weaving the most exquisitely crafted hats in the history of the world would be no more. I believed then, as I believe now, that the only way to save the art is to create a greater demand for it. And for the past eight years, creating that demand has been the consuming passion of my life. So much so that the distinctive, somewhat pungent odor of fresh toquilla straw and sulfur-based bleaching powder pounded into the hats by the weavers has become for my young daughter “the Daddy smell.”

Perhaps it is not too late. Perhaps another generation, or two, or more, will be able to know hats as breathtaking as the one that rekindles my passion every time I see or hold it. The older weavers tell me that it is indeed a beautiful hat, but, ahhhh, not as beautiful as they used to weave them forty or fifty years ago.

I cannot conceive of a hat—made of straw, woven by the hand of man—more beautiful than this one. I hold it in my hands now, still in awe of its maker. Before the ribbon and leather sweatband were added, it weighed less than a letter on my stationery. I feel the brim between thumb and forefinger. I’ve turned book pages thicker than this. The weave itself can barely be distinguished, even by sharp-eyed skeptics who scoff that no mere hat could be worth more than a well-tailored suit. Perhaps not, if the suit were woven by hand. In fact, the feel of the hat is more akin to cloth than to straw. I have a pair of linen pants that are not as finely woven by half.

It is unimaginable to me that this hat was crafted by human hands. With my reading glasses on, and under a strong light, I admire row after row after row after row of tiny, even, overlapping threads of straw. The color is that of old, well-cared-for ivory. Hold it to the light and it glows, seemingly translucent. It is truly a work of art.

This incredibly exquisite hat has but one flaw. A serious flaw. A flaw I cannot forgive. It is not my size.

This was the first (and is still the only) large format “coffee table” book about Panama hats. Naturally, I was pleased and flattered to be asked by the French publishers to write the Preface. The book was published in French, English, and Spanish. It's a good book and is now in its third printing. New first editions are selling for about a thousand dollars.

When the publisher sent me a complimentary copy, I discovered that the French editor had “corrected” my English. In the version above, I have returned to my original text.