10. The Cortador Cuts Off the Excess Straw 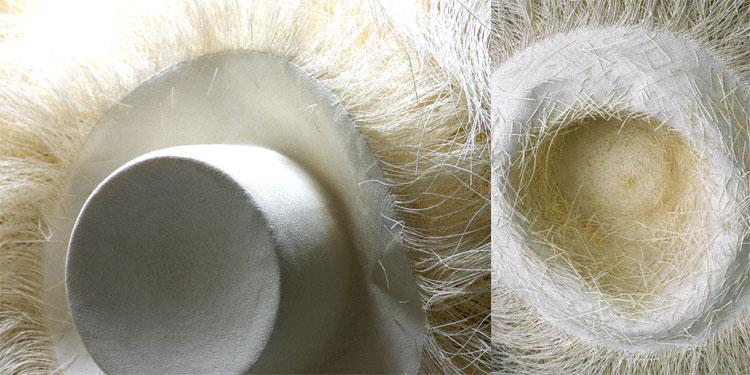 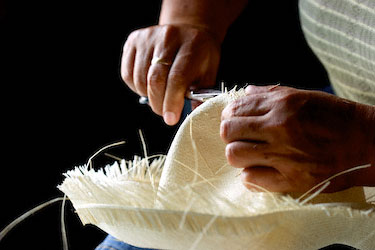 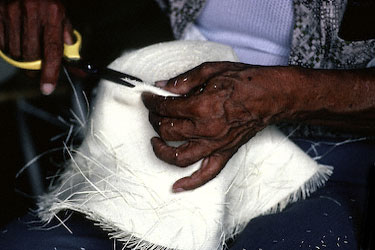 After the azocador finishes, the hat goes to the cortador.

The cortador will work on each hat, two maybe even three times, between when it leaves the weaver and when it is ready for me.

First, the cortador quickly cuts the edge straw down to an inch-long fringe. Then s/he turns the hat inside out and begins to cut off the loose ends.

In the photos to the left, Victoria and Hermelino are folding the hat so the straw ends will stick up, making them easier to cut. They are cutting the little ends of the vueltas, or rings, in the top of the crown where the weaver spliced in more straw.

They will continue with the scissors and cut the loose ends from the rest of the hat. They will cut quickly this time, not closely.

This is Rosendo Delgado. He is often the cortador for his hats. He and Victoria do the first cutting on almost all of their hats.

I am very glad he is who I found when I first went hunting for hats in Montecristi. We worked together for many years. He always had the most hats and the best hats.

I have been privileged to do business with Don Rosendo and Dona Victoria for almost twenty years.

Victoria has twice gone to rescue hats for me from sellers who “forgot” to send me the hats I had paid for.

The first time, the dealer who had my money and my hats had died. Victoria and a Peace Corps volunteer had to take my hats away from relatives more greedy than grieving. They did it.

The second time was from her own nephew. He simply could not bring himself to send me the hats I had paid for. He already had that money. And he had the hats. If he sold those hats (again) he would have more money. Can’t argue with his logic. Just his ethics.

Thank you, thank you, Victoria.

Okay, back to making hats. Below, the cortador cuts the long straw at the end of the brim. 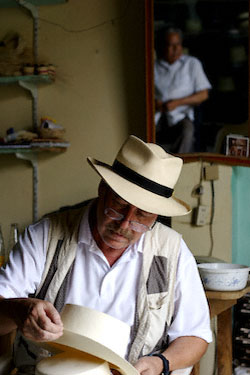 Nice hats
Don Rosendo looks at me as I look at hats.
The hat I’m inspecting won a trip to Hawaii. 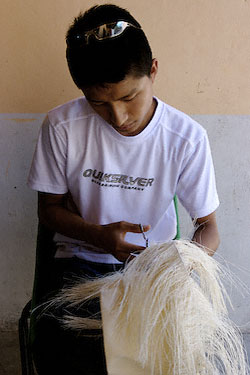 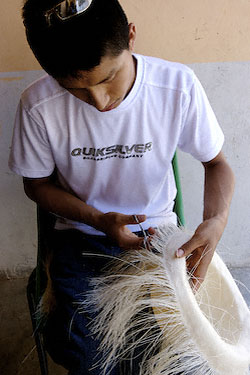 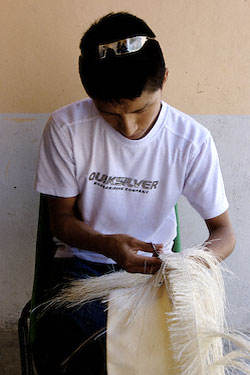 The cortador saves the trimmed straw, below. He bundles it, ties it with a straw, and saves the bundles in a bag. If this hat needs any repairs, and almost all hats do, he will use the saved straw for the repairs so it will match perfectly. 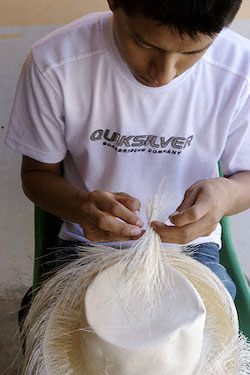 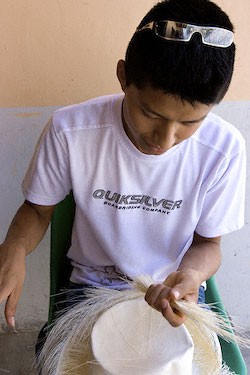 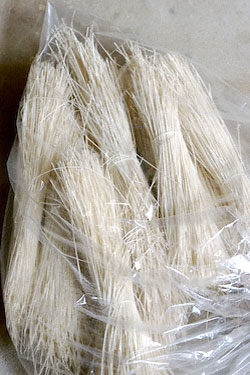 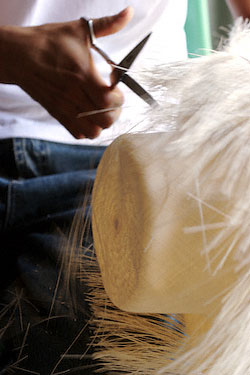 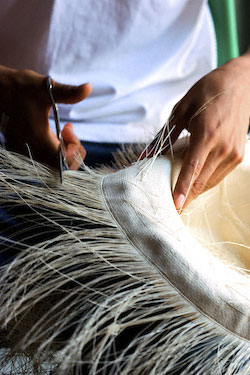 The cortador works quickly, but carefully.

11. The cortador washes and bleaches the hats go to