Simón made me an offer I couldn’t refuse. He asked if I would agree to be godfather to his two granddaughters – Odales and Alexa. I happily accepted the honor and responsibility.

Simón and I have been working together since his daughters, Gisela and Mariuchi, were just little girls themselves. Our work and our lives have been intertwined for more than twenty-five years.

Thank you, Simón. I am honored. This feels very, very right.

Odales and Alexa are my third and fourth godchildren in the tiny village of Pile, in rural Montecristi Canton. Pile is where the very finest Montecristi hats are woven. Consequently, I’ve been a familiar face in Pile for three decades.

Alexa was in Quito, so not available for being photographed. Photo coming soon. Watch this space. 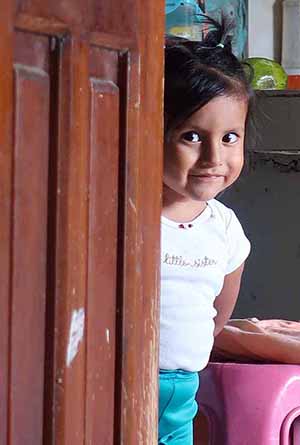 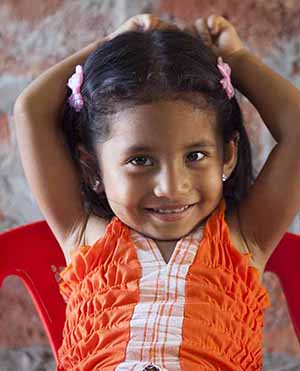 Daniela is my first goddaughter in Pile.

In 2008, Daniela’s mom, Lourdes, had some complications with her pregnancy. Fortunately, I learned of the problem and was able to help with the medical costs. I’ve been part of Daniela’s life since before she was born.

So, I went online, found a good left-handed store, and did as any godfather would –– bought a ridiculous amount of stuff.

The little boy in the window is her cousin.

I was also able to help him and his family with medical costs for surgery to his testicles. Yikes. We guys think testicles are kind of important. His father, Dimas, was very appreciative. I’m glad I found out and was able to help.

Daniela and her cousin
November 2015

Daniela and her godfather
January 2018

Daniela has acquired another left-handed T-shirt:

I’m left-handed and I hate your scissors.

From time to time, someone will tell me, “You don’t know squat!” I beg to differ. Yes I do.

In the photo to the right, I am half squatting. If I bent my knees even more, and lowered my butt until it was almost touching my heels, that would be a full squat. 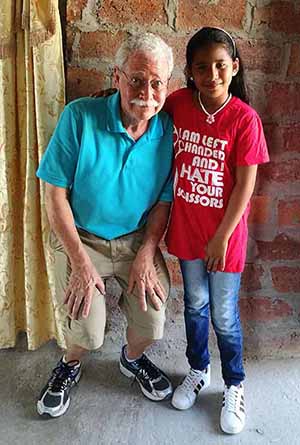 Best afternoon I’ve had in a long time. Maybe since my own daughter was nine years old. Laurel and I passed many, many hours sharing books, usually with me reading aloud to her, even long after she was perfectly capable of reading them herself. I read aloud the entire Chronicles of Narnia series. Three times. Plus hundreds of other books.

Daniela and I shared her English workbook. 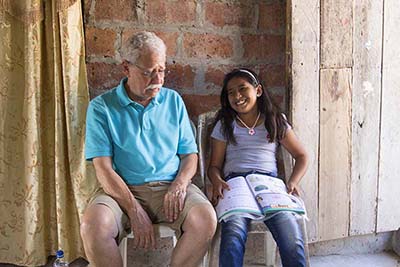 I remember well my own daughter when she was nine.
It is a precious joy to me that I can still bring laughs to a nine year old, even in Spanish. Happy godfather.

Anaís is my second goddaughter. Here she is with her mother Diana, a Master Weaver of course. Anaís is 14 months old at the time of the photo. She was christened on December 29, 2016. My birthday. Nice.

Is there such a thing as too cute?

I expect to have more to report about Anaís as she grows older and less terrified of the white guy with white hair and blue eyes. Can’t blame her. No one in Pile looks like me.

Anaís and her mother
January 2018

Odales is my third godchild. Her mother is Gisela, Simón’s daughter. Gisela is, of course, a Master Weaver. Like Anaís, Odales is not sure what to make of me yet.

Her cousin, Alexa, was not available for photographs. She is my fourth goddaughter.

I see a pattern here. Fine with me. I have one daughter, no sons. For my daughter to have a scouting experience, I was a Girl Scout Troop Leader for three years. I have more experience with girls.

Thank you very much for reading this page. I feel so proud and so honored to be godfather to these four girls in the tiny village of Pile, Ecuador. And to be family, officially, with Simón, Fausto, and Diana. Wow.