13. The Cortador Shaves the Hats Smooth 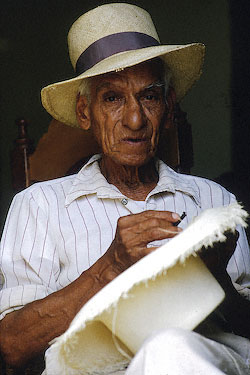 Here is Fausto again. We saw him in funny hats a few pages ago. This photo was made on my first or second trip to Montecristi. Fausto was seventy-something and was the cortador for the Delgados.

See how he is holding something between the first two fingers and thumb of his right hand? That is a double-edged razor blade that has been broken in half lengthwise. 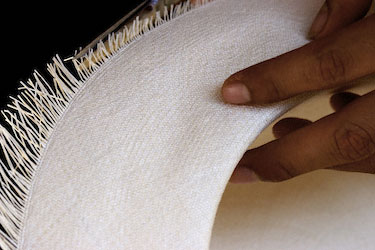 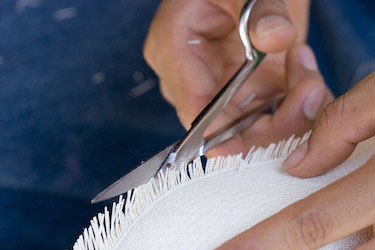 When the hats return from the apaleador, they need more attention from the cortador. 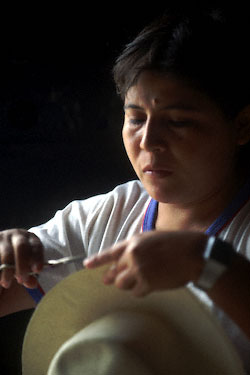 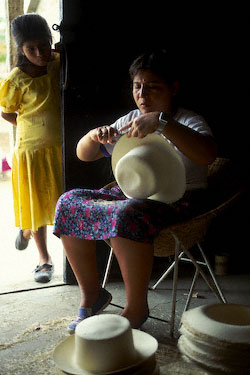 The fringe at the edge of the brim is now cut off entirely. Victoria uses her scissors to cut quickly all around the brim edge. Then she goes back and cuts again, more carefully, closer, right down to almost nothing. It amazes me she can cut so close with scissors. 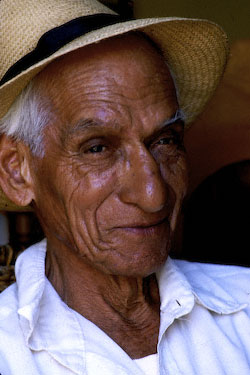 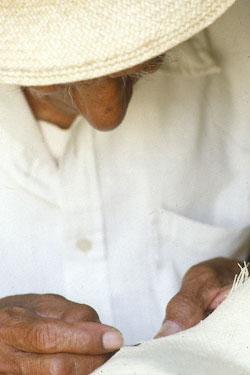 Fausto was a cortador. He has always been one of my favorite characters. He used to drink caña, an unsophisticated cane liquor, in significant quantities. He persuaded three different bars to open for us one election day when we were both thirsty and restless. Every visit to Montecristi, I would ceremoniously give Fausto a bottle of his favorite caña.

One year his granddaughter scolded me severely. Tried to take his bottle away. Said it was bad for his health. I asked her how old he was. Ninety-four. I pointed out that he had made it that far with a bottle in his hand and that she should consider the possibility that it might kill him to stop drinking. She didn’t think I was even a little bit funny.

I thought it was pretty good for improv in a foreign language.

She let him keep the bottle and went back into the house. I suspect she just waited until I left then mugged him and took away his caña.

He became pretty feeble after he hit 95. His carousing days were long past. I didn’t bring him caña anymore.

In March 2007, I received an email advising me that Fausto had cancer. Diego and Gabriel found him in a state of neglect, transported him to a clinic in an ambulance, had him cleaned up and treated, restored his dignity, took him back home to his family. He was 98. 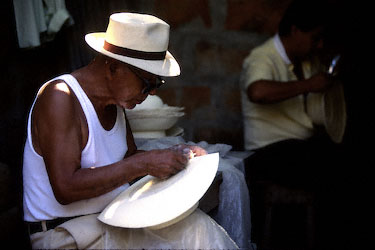 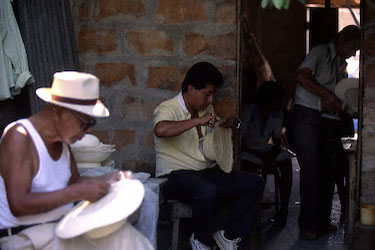 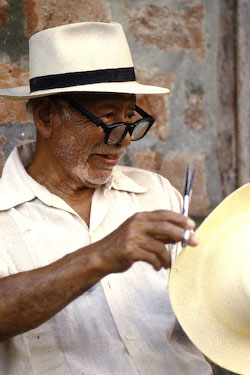 Juan Mero was a great cortador. He lived right in Montecristi, as do most of the artisans other than the weavers. Few, if any, weavers live in Montecristi city. When Juan passed away a few years ago, and Fausto retired, Victoria began to do much more of the cortador work.

Juan worked with several of the dealers. Above, he is working with Jose Chavez at Nestor Franco’s workshop. He uses a half a Gillette double edge razor to close-cut any little straw ends anywhere on the hat. 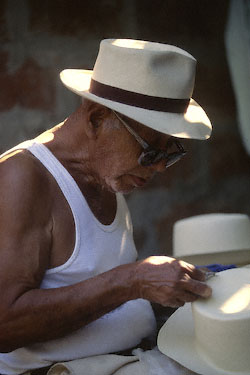 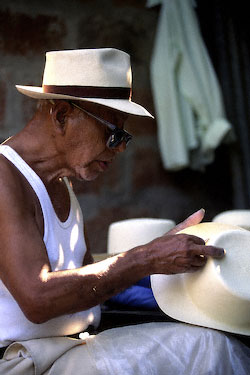 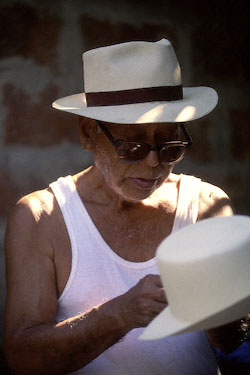 Here’s Jose with his truck.

I generally enjoyed going out on the town with Jose but I trusted neither his word, nor his judgment. He orchestrated two wives and a girlfriend simultaneously. You know that’s not going to have a pretty ending. 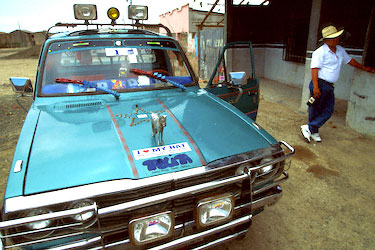 Notice how he uses a thumbnail to wedge up the straw in order to cut it close.

14. The Planchador Irons the Hats go to