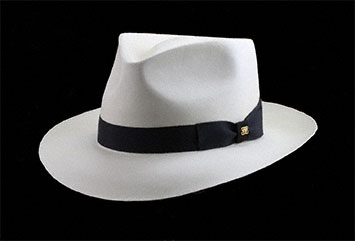 “Does it have diamonds all over it?”

Yes, in the same sense that the Hope Diamond is just carbon, and the Mona Lisa is just paint. 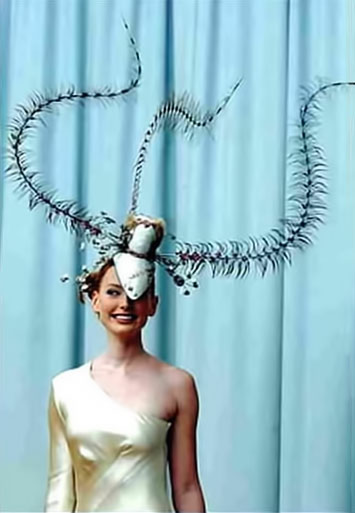 “Is this some sort of designer hat? Some bizarre-looking piece of fluff that only a super model or a lunatic would wear? All label, no hat?”

Just the opposite. A classic Panama hat, hand woven, hand blocked and styled, custom sized. Made the old fashioned way, with hands. The price isn’t about the label; it’s about the labor. And the art.

No doubt you have seen Panama hats. Maybe even Montecristi Panama hats. But the hats we are talking about here are not like any Panama hat you have ever seen. Guaranteed.

Imagine someone weaving linen by hand, one thread at a time, and you begin to have some idea of what these hats are like. The finest require three months to weave. Three months. A single hat. (I have one hat that took five months to weave.) Only 14 hats were woven in 2008 that were fine enough to be presented in Galería Montecristi. Some of those already have found happy heads to flatter. 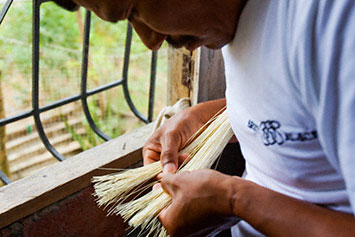 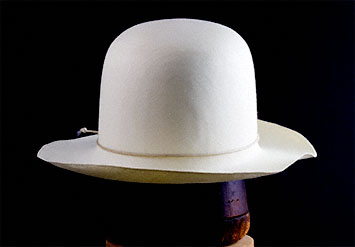 I don’t know. I can. I know an attorney in Houston who can.

Maybe it fits with everything else in your life. It’s the best.

Or maybe you’ll decide this is the one special wish you are going to grant yourself. To wear a Montecristi hat so finely woven it is literally the stuff of legends. To actually wear one of the finest Montecristi hats ever woven.

Perhaps you want to do something important. When was the last time you had the chance to save an art form? The Art of Montecristi has dwindled down to the point where one person can make a huge difference. One patron of the art.

It could be that you like the idea of wearing a Montecristi hat even finer than those worn by kings and emperors.

It could be that you are a king or an emperor and you want to set things right by doing what we all expect of kings and emperors—get the best for yourself and hang the cost. 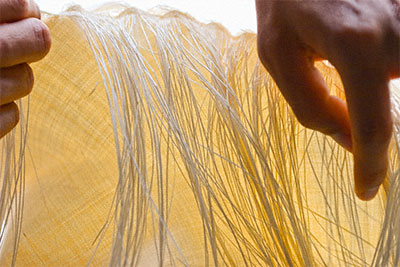 I am the exclusive representative of the very best of the very few who still practice the rare sorcery that turns straw into cloth.

I have one hat that Simón wove, the finest of his entire life, that he spent five months weaving. It is most likely the finest Montecristi hat ever woven. Not for sale. Someone asked, and I arbitrarily named a price of $100,000. As you might expect, that ended the conversation. I’m glad. If the collector had agreed to my price, I’d have been obligated to sell it. I don’t really want to sell it. I’m not finished admiring it.

How Fine Are the Finest? go to next page